Posted on December 18, 2019 by sisterparishinc

The second day of our Open Delegation experience gave us the opportunity to connect with those arriving from Sister Parish communities in Guatemala and other areas of El Salvador. We gathered in the gorgeous Botanical Gardens for a walk, lunch and our initial round of getting to know you games.

Ice breakers at the Botanical Gardens. 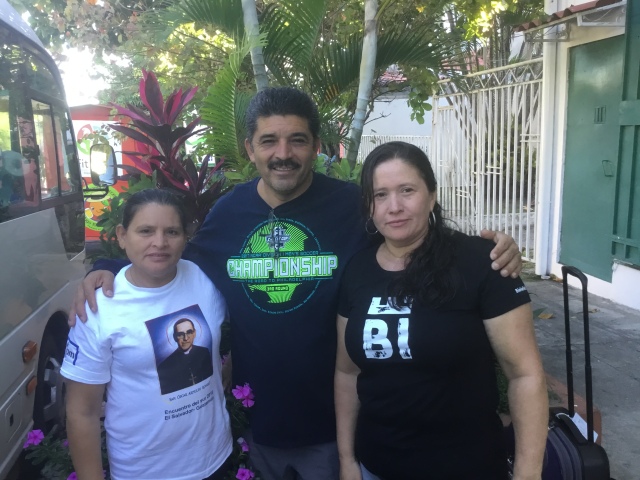 Consuelo, Carlos and Marleny accompanied us the whole time.

In the afternoon, we had the opportunity to go to the 30th anniversary mass honoring the 6 Jesuit priests and two women who were murdered by the El Salvador army in 1989 at the University of Central America (UCA).

The candle light procession and the mass were an incredibly powerful experience for all of us.  A beautiful mural was presented for the first time.  The homily and other speeches during the event emphasized not only the importance of honoring the 8 people who died in 1989, but also the importance of honoring their legacy by continuing to struggle for true peace and social justice.  A U.S. congressional representative attended and spoke about the need to reunite children and families that have been separated by U.S. authorities at the U.S.-Mexico border.  During the homily, the president of the university Andreu Oliva spoke of the importance of working toward the inclusion of and opportunities for ALL youth in El Salvador, especially those who have been criminalized, among other social justice issues that he addressed. 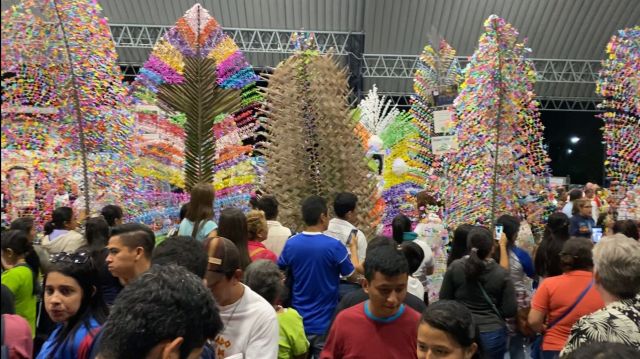 The procession arrives at the 30th anniversary mass at the UCA.

Part of the mural that was unveiled at the 30th anniversary mass at the UCA.