Posted on December 21, 2016 by sisterparishinc 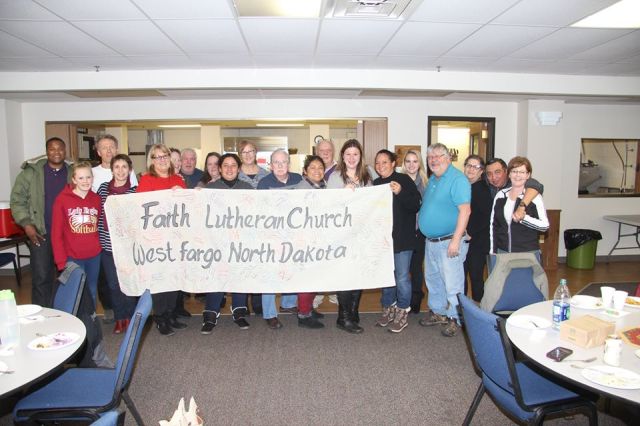 We welcomed Brian Tyler, Aura Lemus Lorenzana, Aura Esquivel Gomez and Cynthia Trujillo Waight de Rodriguez to West Fargo/Fargo, North Dakota on December 1, 2016. We met them at Hector International Airport in Fargo at 9:30pm. We brought them to Faith Lutheran Church to meet their host families and to visit about their day. They thought it was VERY cold here. The wind was bad and the temps were around 30 degrees F. It continued to get much colder throughout the week they were here.

We were busy every day they were here, of course! Each woman stayed in a different host home, where the hosts couldn’t speak Spanish and the women don’t speak English. It was challenging at times, but we made it through. They visited the state capital in Bismarck, ND and had to drive home in a “white out” blizzard. The roads were closing right behind them, but God got them back to Fargo safely! 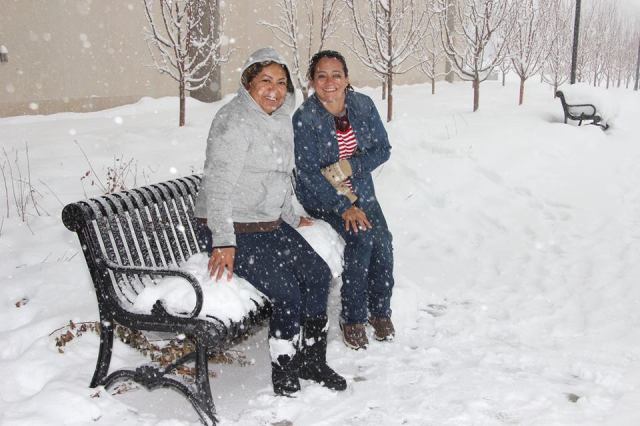 They visited a couple museums, attended a Christmas concert with 750 college students in the choir, went Curling (ask Cynthia and Aura Esquivel about that), met the people that wrote letters for them to the embassy so they could get their Visa’s, and went to Bonanzaville (an historic city) where they rode in a sleigh pulled by Belgian horses, saw some old homes and an old school house. We traveled to Casselton to RDO to see the huge farm equipment we use here and then to the Fire hall to play on the Firetrucks and have supper and a meeting.

We also took them to Churches United, a place for the homeless. We got a tour of the facility and learned how the homeless are cared for in our COLD weather. They provide small apartments for families and single men and women. We served about 50 people their noon meal and ate with them. It was a wonderful experience. 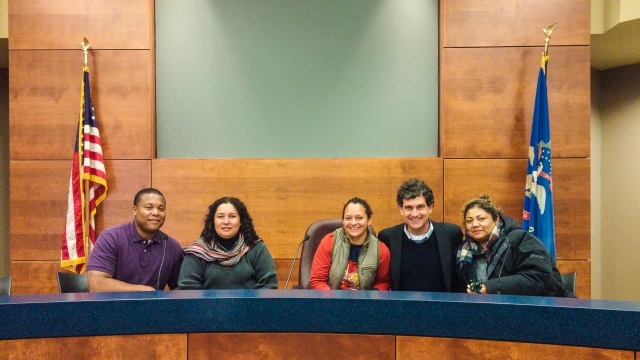 They shared at all 4 of our worship services and told us about the VBS we help financially provide for.  They also sang us a song. It was very interested and eye opening. Everyone enjoyed it.

Danilo Martinez-Rivera took us to NDSU (college) where he works as an agronomist and gave us a tour of how they test seeds that the farmers plant in our area. He also told us his story of how he came to the United States from El Salvador.

All in all we had a very nice week. We were all exhausted (well, speaking for myself anyway)!! I am anxious to see my friends again soon! Building community across borders.
View all posts by sisterparishinc →
This entry was posted in Delegations, South to North, United States and tagged delegations, Faith Lutheran, tierra nueva i. Bookmark the permalink.