Life in Guatemala with coronavirus measures

Posted on May 1, 2020 by sisterparishinc 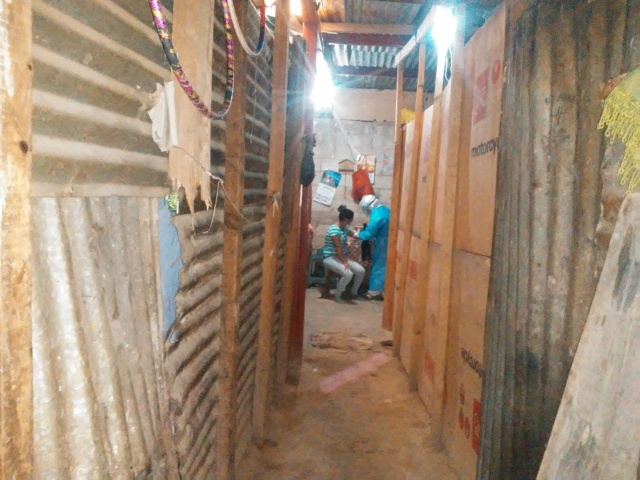 Check online for up to date numbers of coronavirus cases in Guatemala.

As of April 30, 2020, Guatemala continues to be under curfew from 6pm to 4am.  There is  no public transportation. Private vehicles can have a maximum of 3 people.  Interstate travel is limited. Many people in Guatemala have family members that live and work in Guatemala City seasonally. Now those family members are stuck in Guatemala City, many with no jobs and no ability to work because of the lack of public transportation. Returning to their home communities is often not an option, as local authorities are limiting who can come in and out, even people that are very well-known to the community.The lack of work in the city is creating great economic strain for community members that live in the city.

The federal government in the past month has declared that they are going to help alleviate financial strain by offering Q1,000 and food relief to qualifying families. The distribution of this aid is in motion. However, many rural communities are still in the dark as to whether this support will reach them. Many doubt that it will. In the city, many people are not eligible for unemployment benefits if their employers were behind on paying social security or never paid social security for their employees.  Businesses with financial trouble are declaring bankruptcy, getting loans from the central government to re-open under a new name, and laying off their former workers without wages or severance pay.

As of Sunday, April 12, the use of face masks is required by law in public and private spaces. The government has placed heavy fines on those that do not wear masks in public and those who violate the national 6pm curfew.

The situation is very difficult, but there are also many examples of how communities are organizing to support each other.

Many people in LM2 are concerned with if/how restrictions will affect the selling of their harvests in the coming months. If there is an ongoing need to restrict movement, the market value of their harvest could fall or transportation costs involved in getting their harvest to market could rise.

Chontala is a town that is very dependent on commerce from tourism, as well as access to the municipality of Chichicastenango to sell its harvest and other products. Public transportation to Chichicastenango before the virus cost Q5 per person. Since there is only private transportation available now it costs Q70 per person. Many people also have family members that work seasonally in Guatemala City which is about 5 hours from Chontala. Some of these seasonal workers have been stuck in Guatemala City since the beginning of the national stay-at-home orders that started in mid-March. The community of Chontala is not allowing people from Guatemala City to enter the community because of fear of infection. Guatemala City has the highest infection rate nationally. This has created a group of people that are without employment, stable housing, and food.

In general, people are able to still work within the community of Chichipate. People that relied on traveling to the nearest municipality for work have been hit the hardest economically.  Without public transportation and with the informal economy shrinking, these families have no way to make money right now. They may not have access to enough land to provide food for their families throughout the year.  In Chichipate, many families have to rent land to plant on because they do not own enough land to provide for their family. With the increase in large monocrops, like African palm and biofuel crops, some families have had trouble accessing plots in recent years.

In the month of April, UPAVIM was able to pay its salaried workers. Work from home on crafts was permitted for those who work in the crafts department. For May, all pending craft orders have been completed, so there is no longer work available for those UPAVIMas that work in crafts. UPAVIM is continuing to evaluate if they are able to pay its salaried workers for the month of May.  UPAVIM is composed of those that are salaried and those that work as contractors (their pay is based on the quantity of crafts produced or services they provide).

This community has been directly affected by virus infections since it is near Guatemala City. The health authorities are working around the clock to test potential patients. Some people have been placed in quarantine in their homes. Streets have been blocked off in certain areas of the community to prevent people from entering and leaving.  People are trying their best to comply with stay-at-home orders but because most families rely on a daily income to eat, many people still need to leave their house and the community each day, some walking long distances because of the lack of public transportation.  Tierra Nueva 1 and Tierra Nueva 2 have organized food aid for some of the most high-risk people, including families in quarantine, elders, and single mothers.

San Andres is one of the many communities in Guatemala that has suffered from drought the past several years. Many families are heavily dependent on their crops and/or ability to access the municipality of Chimaltenango. With the history of drought and now travel restrictions food insecure families are falling deeper into poverty and families who once had stable income are also suffering.

San Antonio is a small, agricultural community. People can still work in their fields and families can do social distancing.  They have said the stores run out of food quickly, but can restock.  In addition to their crops, most families also depend on additional income because their plots of land are very small.  The drop in income from family members working in construction, the sugar cane fields, and other jobs in the city or the U.S. will very much affect the community in the mid-to-long-term. For now, people are more worried about their family members in the U.S. because they have heard about the infection rate and unemployment.  They know that, while they are poor, they have food, but their family members in the U.S. have to pay for rent, bills and food to survive.

Food aid in Tierra Nueva 1 for families in quarantine and others in need. 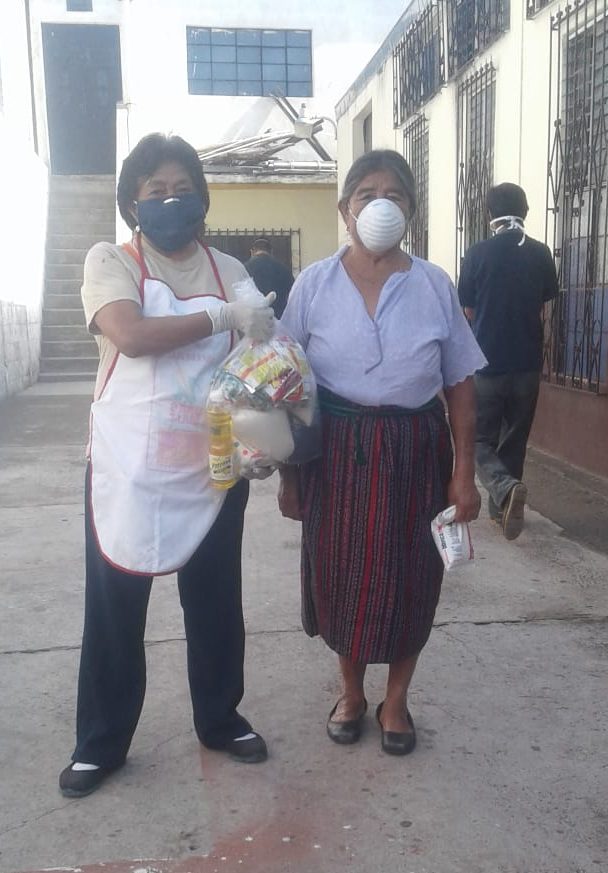 Building community across borders.
View all posts by sisterparishinc →
This entry was posted in Guatemala, News and tagged covid-19. Bookmark the permalink.