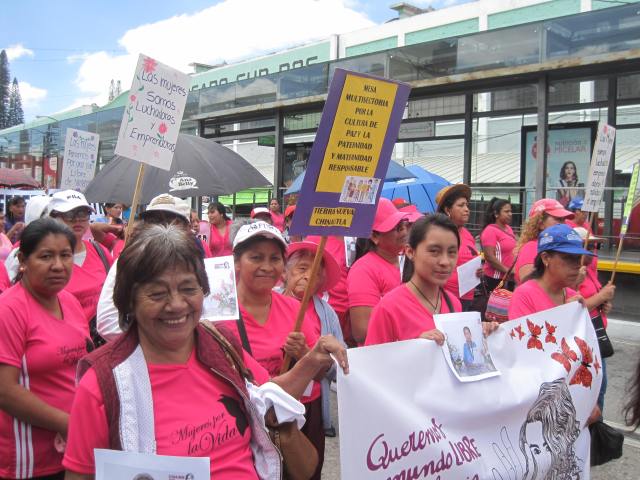 This year, March 8 also marked the 2-year anniversary of a fire in a state-run shelter in which 41 young women burned to death, and 15 others were injured, while locked in a room.

Early in the morning on March 8, the offices of the well-known women’s organization Sector de Mujeres were raided, in what the organization has denounced as a clear act of intimidation.  The march changed routes to pass in front of the office as an act of solidarity.

In addition to participating in the march, the members of the women’s group in Tierra Nueva I and Tierra Nueva II look for ways to reach people in their community directly.  This year, they read this poem at mass (Note: the poem contains intense language and images of violence against women). 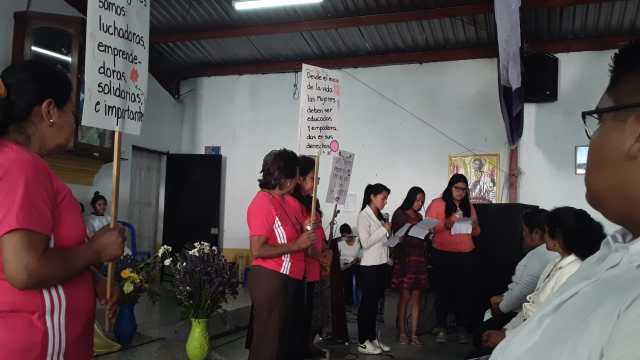 The women’s group in Tierra Nueva II is supported by their sister church St. Joan of Arc Catholic Community.