A simple act of solidarity

On Sunday June 12th, members of the newest Sister Parish linkage, People of Hope Church in Rochester, MN and ACOMUJERZA women’s cooperative in Zaragoza, El Salvador, participated in their monthly Skype call.  What sounded like static to the participants from People of Hope was actually the sound of rain on the roof of ACOMUJERZA’s community building.  A few minutes into the call, the electricity went out in Zaragoza.  We decided to move immediately into a time of prayer, so the call could be concluded early due to the severe weather in Zaragoza. 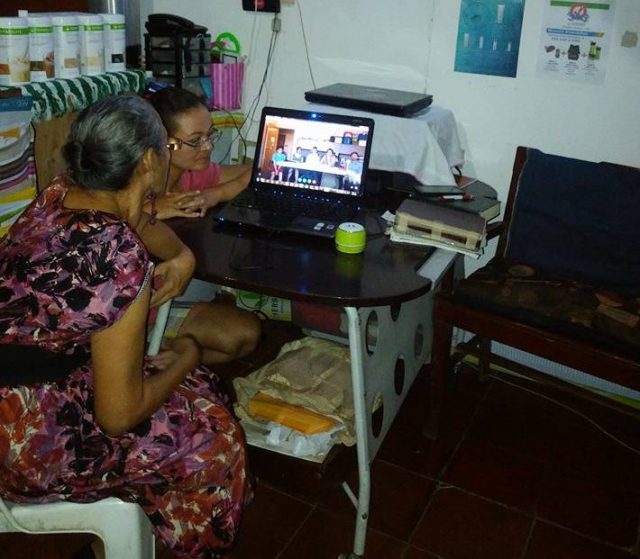 Monthly Skype call between ACOMUJERZA and People of Hope.

My heart was heavy going into the Skype call, because of the recent news of the mass shooting in Orlando.  The victims and families of the shooting were lifted up in prayer.  I felt the weight on my heart lift as the inspiring women of ACOMUJERZA joined their hearts and expressed their concern for the tragedy.  ACOMUJERZA was lifted up in prayer, with concern over some obstacles and barriers the cooperative has been facing. 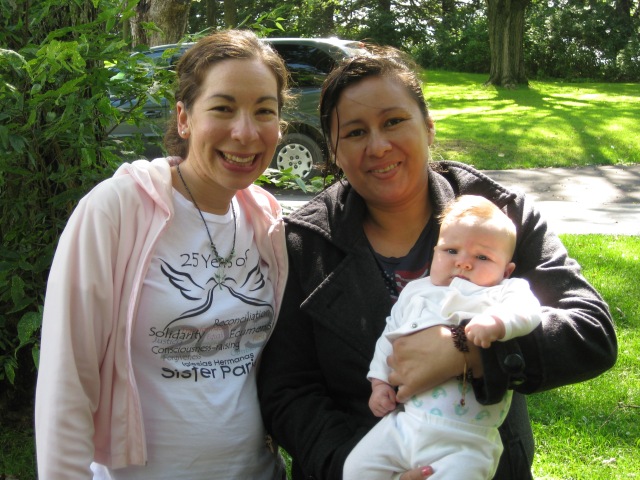 I was encouraged by the women’s dedication to show up for the meeting, despite the severe weather.  I continue to be inspired by the women of ACOMUJERZA because of their hope and perseverance.

The act of sharing in prayer together was a simple, but profound act of solidarity.  The genuine concern and love expressed between People of Hope and ACOMUJERZA is remarkable, especially given the infancy of the linkage.  (The linkage’s first delegation was a North to South in April 2016.)

Thank you for your ongoing support of Sister Parish, Inc, so these acts of solidarity can continue to transform individuals, communities and our world. 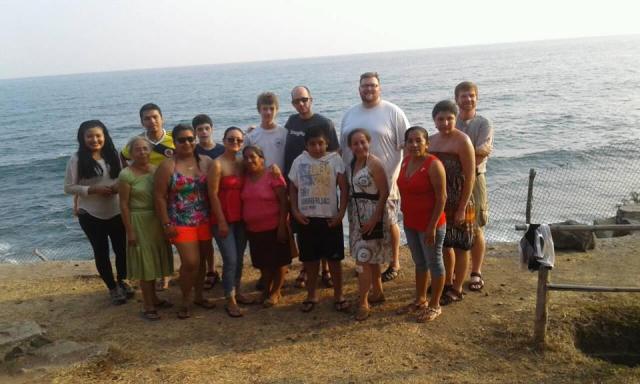 First delegation between People of Hope and ACOMUJERZA.

Building community across borders.
View all posts by sisterparishinc →
This entry was posted in General, United States and tagged $16k in 2016 campaign, personal stories. Bookmark the permalink.